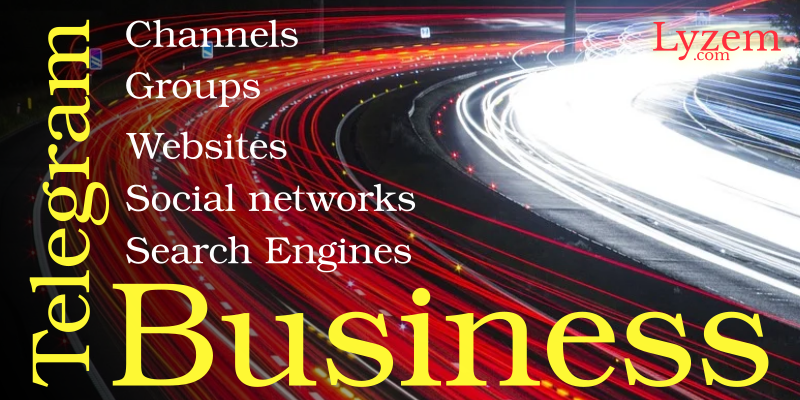 Channels, groups or websites for your own business?

Very often, on the internet, we come across issues that try to answer questions such as:

Most of the time the discussions, instead of favouring an analytical and constructive dialogue, entrench themselves in opposing and antagonistic positions, losing all their objectivity and potential.

We consider it a serious mistake to give an answer of absolute value to these questions, since the solution must pass through a strategy developed on the basis of an articulated and profound evaluation that goes beyond mere personal preferences, disconnected from experiences taken as a model and justified to support the model itself.

In our opinion, every experience should be considered as a “story” whose plot is not consumed in itself, in a vicious circle, but is an indispensable element to provide the reader with useful ideas to be elaborated independently, so that he can draw his own moral/strategy, that is the main ingredient with which he will create and conduct his experience/reality.

The road of business, like that of life, is not always straight and flat; presents crossroads, curves to the right, to the left, climbs and descents. Having acknowledged that “not acting” does not exist, as there is no reverse gear, the situation that arises must necessarily be dealt with in the best possible way. Analysing and understanding the details can help prevent the dangers of unconscious action.

In the real world, commercial activities try to concentrate in the squares and along the busiest streets. In the digital world the same principle applies: squares are represented by social networks and the main roads by search engines and related services. Unlike physical squares, in digital ones there is a real risk of being literally invisible, or being used as a background to highlight other people’s interests. According to what is learned from the various social networks, many complain of having experienced this unpleasant sensation. Many declare that they have abandoned the most famous social networks to land on Telegram, however there are many more who, expanding the circle, have adopted it by diversifying the offer.

Telegram, on its own, neither favours nor hinders business. There is no force, he does not exploit the situation for his own economic advantage. Faced with the business operated by its users, the creature of the Durov brothers remains a neutral witness. Telegram, like the majority of social platforms, is only a means, a road on which to convey one’s contents, goods and services; in itself is not responsible for any success or failure. The only one who can and must make the difference is the businessman, structuring an impeccable service starting from the almost maniacal care given to the channel/group, continuing with the completeness, truthfulness and clarity of the information provided, without neglecting the ease with which customers will be able to contact him and the speed with which they will respond. A captivating and insightful presentation of both the channel/group and the good/service will be the business card that will certainly contribute positively to making both the channel/group and the good/service of public interest.

Today Telegram has exceeded 400 million users and the growth shows no signs of stopping. This data, beyond this fact, which can please one and disturb the sleep of others, certainly reveals the criticality of the most renowned social networks. A base of over 400 million users who are not interested or in any case not so tied to “likes” is another fact.

What does Telegram relate to other social networks? Mainly the inability to make your channel, group or bot popular directly from the Telegram platform. But this is true up to a certain point.

At the end of December 2019, 38% of the channels and groups created in 2015 had been closed while 53% had not presented new content for at least 6 months. Only 1783 channel-groups recorded an increase in their subscribers of at least 20% compared to those we initially surveyed. 68% of the channels-groups examined belonging to the first list did not contain links to any social network and about 73% did not even present a bland description. On the other hand, the management of the 1783 channels-groups is quite different, where a progressive updating of the profile photos, in the descriptions and the presence of links to social networks and/or websites was noted.

It is our hypothesis that in the 2015⁄2016 two-year period many Telegram users have opened a channel or a group for the sole purpose of trying the novelty without a real intention to carry them forward over time with constancy. This hypothesis is supported by the fact that, in addition to the first post, no others followed. This trend drops dramatically as we get closer to the present time which, in many cases, is replaced by joinchat.

The question “What binds, does Telegram relate to other social networks?”, left partially suspended, will be explored - together with the initials questions - in the next part.