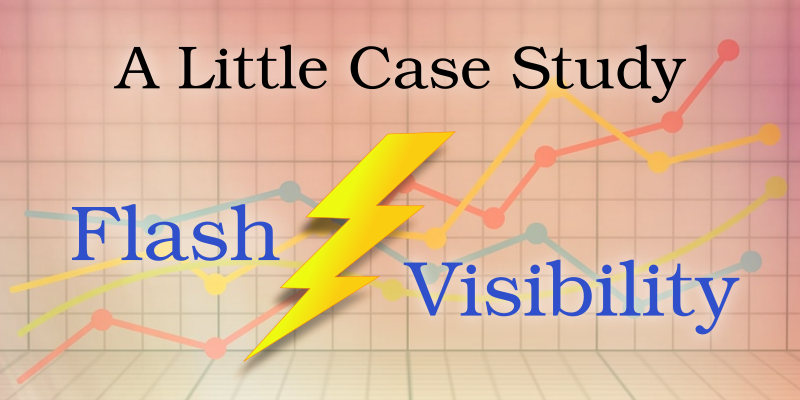 A little case study on the first edition of FV

Surprisingly, without ever having mentioned it before, on September 3, 2020, we launched the first edition of Flash Visibility: a flash offer aimed at giving 48 hours of free visibility to the channels and groups that joined it. In the two hours scheduled for registration, 1749 channels and groups had promptly replied, of which only 1396 complied with the offer regulation. At the end of the promotion, the first five channels/groups registered - which had the place of honour, that is the top of the first page of the results of each single search - found themselves with 33967 views.

Flash Visibility does not require a Lyzem account to be used, which is why it is not allowed to add information about the resource and the only information available in real time is the number of views obtained by each channel/group.

The number of views tells us how many times a given resource has been viewed on a user’s monitor, but it’s the clicks that tell us if the user has interacted with it. The 5 “privileged” resources cumulatively totalled 93586 clicks. About 71% of these carried out on logos. In other words, the majority of users preferred to click on the logos rather than the names of their resources. The logo has undoubtedly played a leading role, some of them in particular.

In normal research sessions, users who click on the profile icon (P) represent 77.4%. Of these, those who subsequently click on the button to access the resource are on average 68.8%. This value is quite unstable since it is exclusively linked to the resource owner’s ability to structure a profile that presents the resource itself in an effective, convincing and motivating in his own way.

It can be confirmed that Flash Visibility is particularly useful for giving channels and groups an important opportunity for totally free global visibility, but this is only the kick-off. Convincing the user to prefer and stay in their channel/group or use a bot, it is up to its owner enriching their resource with updated, interesting, curated material and with an adequate continuous cadence.

We conclude by informing that we are organizing the new FV event.